Yey, I just changed the blog layout! I thought that this blog needs something new and fresh. What do you think? I might still do some changes, let's see how much time I have! :)

This is a letter to Martyna, Poland! I sent it like ages ago but I've just forgotten to show it here. Actually I found the picture from the draft folder :D 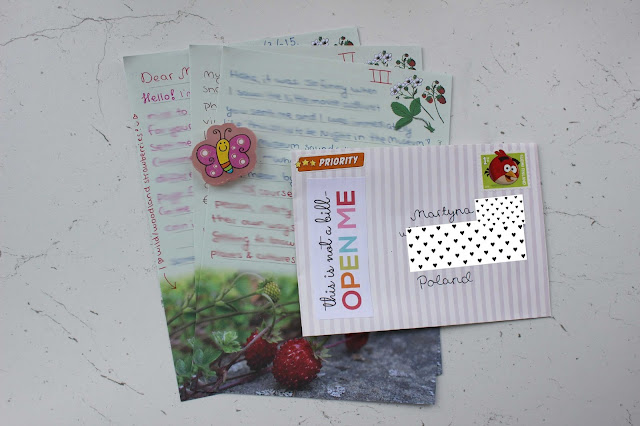 My preparation for the Turkey trip is now pretty much done. I just have to do the final packing. :) For the end of the week I'm going to my godparents' summer cottage with my parents to celebrate Midsummer. I don't know yet what we are going to do, but I'm sure we'll figure something out. :D
Love, Melissa Labels: English, Poland, Puola

Hi! I have something amazing I want to share with you!! I'll only write this in English because that's the language most of my readers understand (not to mention how lazy and busy I am these days lol). 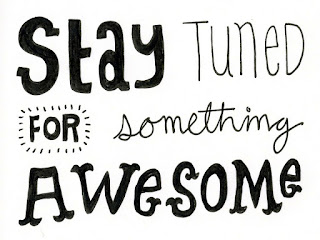 (or idk at least it's awesome for me :D)

A few of my penpals (the ones I've written to recently) already know that, but I wanted to tell this here too... This is something I'm really excited about, but also very nervous about; I'm going to an exchange to Turkey very soon!!!

I have been dreaming about going to an exchange for a long time. Mostly I've thought about a summer exchange. This year I decided I would apply for as many exchange programs I could think of and see where it leads. I don't even remember how many different things I tried, but none of them worked (one time my application had gone lost, I still don't understand how it happened). At one point, I was sure I can't go anywhere this summer and I had already accepted the fact I have to try again next summer. Then the miracle happened.

I received a phone call from this lady who worked for an organization whose exchange I had already applied to several months back. The organization was Lions Clubs International (LCI). For those who aren't familiar with that, it's an International organization with several clubs in many countries.  The main point of the organization is not Youth Exchanges, even though exchanges are big part of it. Anyway, there's also one Lions club in my village and they were able to sponsor (= give the opportunity for an exchange + give you some supplies ^_^ ) the exchange for only one person. They didn't pick me, so you can imagine how surprised I was when that lady called me. She said she had seen my application and wanted to give me a second chance. I was so amazed and started to feel a small glimpse of hope again! She told me that there were still a few countries that had free places left and I could apply for those countries if I wanted to. Well, of course I wanted to! :D

One of the countries was Turkey, the exchange was for only three weeks but I was (still am xD) happy with anything. In three days I had done all the paperwork and sent my final application. Everything happened so quickly that after a long time since I had sent the application I still couldn't understand I would actually go to Turkey. The realization hit me when I received an email saying I was accepted to the exchange. Oh. My. God. :D

^ The province of Bursa ^

Then I started to receive more and more information about my trip. When I arrive to Turkey, I'll spend one and a half weeks in a host family in Bursa city (the population is almost 3 million, Finland's population is 5,2 million, so it's a huge city for me xD). After that I will go to a Lions Youth Camp in Turkey. I'm still waiting for further information but I wanted to share this with you guys. I'm very excited and ready to explore and see new places and culture. I feel so blessed for getting an opportunity like this! I'm also nervous, but in a positive way I guess.

I'll leave on June 22 and come back on July 12. I would love to blog during the trip, but I'm not sure if I have time to do that or if I even can do that. Let's see. At least I'll start blogging again when I come back to Finland! :)

But don't worry, I'm not gone yet. I'll still be around for awhile and blog..

For my penpals: I won't be able to write for three weeks, but I'll make sure to reply to your mail as soon as I can! I hope it's okay! :)


As I told you, I'm eager to know more about the culture. So if you live in / been to Turkey, I'd love to read about your experiences or just anything related to the country!!  I know some small things, but I'd love to know more. Thank you!

Last weekend I had time to try these postcards I've been planning in my mind for some time! I had so much fun making these :) I posted a picture on Instagram which was basically like this picture below. You can't really tell what is what :D So here you can hopefully take a better look! 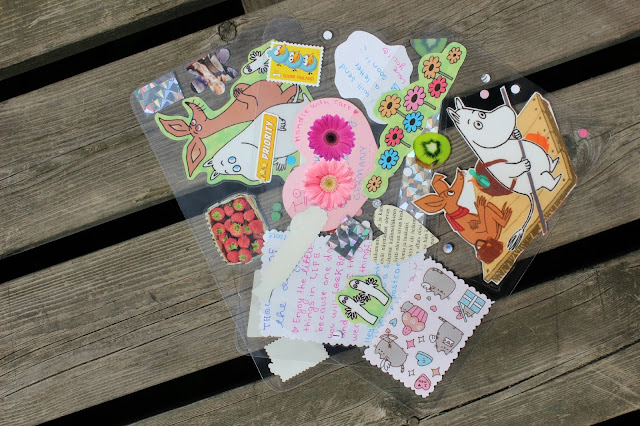 I cut out pictures from magazines, wrapping papers, old books... Anywhere I could think of actually :D

I sent surprise cards for two of my penpals and the third one is for my cousin. As much as I wanted to craft these cards, I wasn't 100% sure they would actually make it to my friends' mailboxes. I can't think of any good reason why they wouldn't work as normal postcards, but I still wanted to try out a few first before making a huge pile of these cards. Better safe than sorry, right? 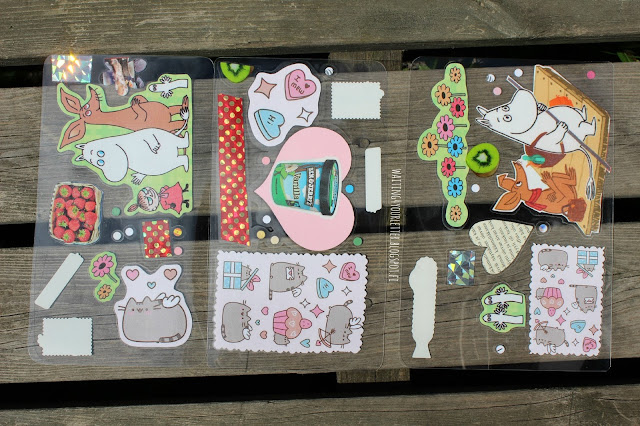 I love how you actually see trough the postcard! :D I don't know, I'm just very excited about these >__< 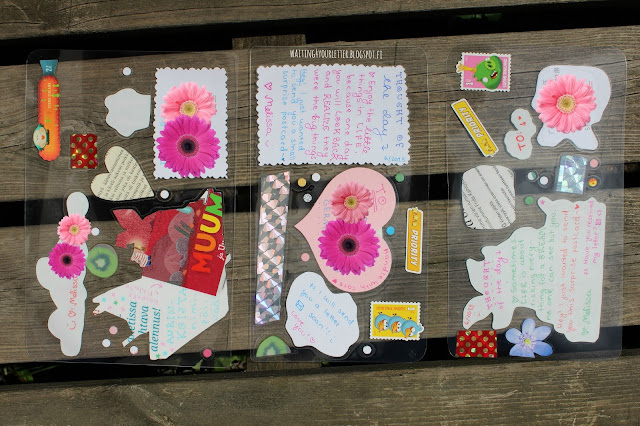 I'm sure I'll be making more of these in the future and I thought of making a DIY style post as well. What do you think? Have you made cards/mail like this?
Love, Melissa Labels: English, Inspiraatio, Inspiration, Postcard, Postikortti, Suomi

Lately I've been very obsessed with everything transparent and see-trough. Oh God that sounded stupid! :D But I mean, when it comes to mail I've wanted to create a lot of see-trough things for quite a long time now. I've just never showed them here on the blog. I know it's quite 'old' idea to do mail and especially envelopes see-trough, but I've gotten very obsessed with it again. Right now I'm working on some clear plastic postcards by laminating them. I'll show them to you a) when they're done and sent and b) if they turn out well. :)

But for now, I wanted to share with you some of the pictures that have inspired me to create some kind of transparent mail! I love the ideas ^_^ 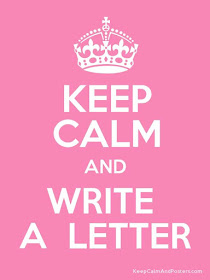